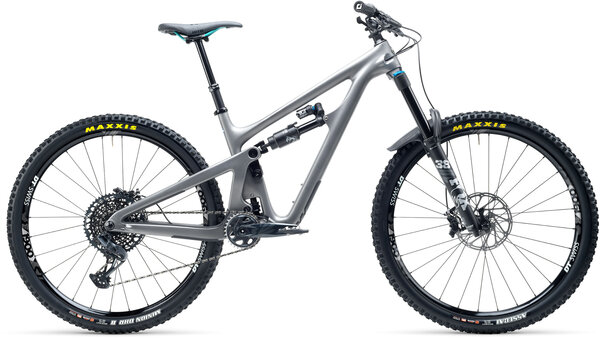 “RACE BRED” IT’S NOT JUST A SLOGAN PRINTED ON THE SB150 TOP TUBE. YETI HAS BEEN PINNING ON NUMBERS AND PINNING THE THROTTLE SINCE 1985.

UNBRIDLED SPEED.
The simple truth is, the SB150 has won more race stages it has started than any other EWS race bike in history.

TUNABLE FOR STAGE DECIMATING PERFORMANCE
Richie Rude wins running the same suspension design that comes stock on the SB150. No team only linkage or mods to his Switch Infinity. As personal performance elevates, racers are able to tune the SB150 to carry more and more speed – right up to the top of the box.

ANTI-SQUAT
Across our line, we have chosen a relatively flat and high anti-squat curve in the beginning and mid-section of travel where pedaling commonly occurs a.k.a. the pedaling zone. This creates an efficient pedaling platform through your entire pedaling zone, as opposed to one single point. After the pedaling zone, there is an inflection point where the Switch Infinity link moves down, dropping the anti-squat drastically. Riders are typically not pedaling in this zone, so chain forces have less of an effect on the suspension's performance. Decoupling of the chain forces allows the suspension to work more efficiently to absorb impacts making the feel of a Yeti distinct.

PROGRESSIVE RACE-DRIVEN GEOMETRY
Designed for shorter fork offsets, the SB150’s headtube angle is slackened and the seat tube angle is way steeper. The reach is also longer with shorter chainstays. Advantage? All of these elements increase the DH prowess and move the rider forward on the bike. But these advantages are not one-sided. The steeper seat angle, short fork offset, and forward riding position also keep the front wheel on the ground, the power to the pedals, and the steering quick and nimble when climbing.

WISHBONE SHOCK EXTENDER
Our patent pending wishbone shock extender changes leverage ratio, maintains kinematics and maximizes stand over clearance. For racers, the shock can be removed from the frame under two minutes to change a shock tune or perform a race day service.

CUSTOM SHOCK TUNE
Each Yeti model has a custom shock tune that is developed in house. Each tune is specifically designed to work in conjunction with the leverage ratio and anti-squat performance properties the engineering team builds with each frame. The performance characteristics of the SB150 are built using qualitative data from our athletes, and quantitative data recorded from telemetry devices which allow us to derive a tune that both enhances mid-stroke and bottom-out control while maintaining its pedaling efficiency.

AT THE HEART OF THE SB150 SUSPENSION DESIGN IS OUR PATENTED SWITCH INFINITY, WITH A TRANSLATING PIVOT SYSTEM FOR EXCELLENT ANTI-SQUAT CHARACTERISTICS.

* Components may vary in pictures due to different build options. 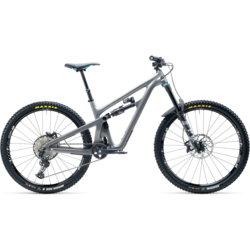 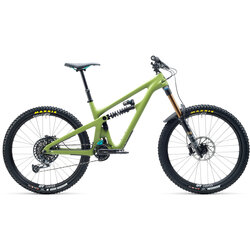 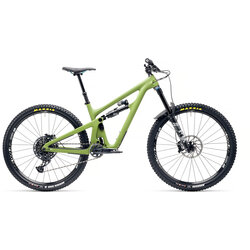 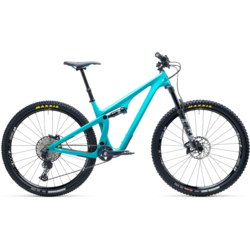